Roots
Shortly after the Civil War, as America was beginning to rebuild and newly freed African Americans were establishing themselves as citizens, there was a large spike in the amount of sheet music being sold. This was a result of the burgeoning piano and home music market that had arisen after the war (A Breif-ish History of Tin Pan Alley). With this new demand, the foundation for the area that would come to be known a as "Tin Pan Alley" was laid. During this time, sheet music was the only way to advertise yourself as an artist other than live performances (A Breif-ish History of Tin Pan Alley). Sheet music helped to showcase an artists music on a national scale, and was in essence the radio of this time period.

Early Stages
As the story goes, Tin Pan Alley received its name from Monroe Rosenfeld, who coined the term after a visit there left his ears ringing with the sounds of old pianos filtering out of windows to the street below (Ewen). The first publisher to set up shop in Tin Pan Alley was M. Witmarck and Sons in 1893 (Tin Pan Alley and Its Publishing Houses). This family run operation was the first publishing company to hand out "professional copies" of their music to established singers and musicians (Tin Pan Alley and Its Publishing Houses). This method of advertising was so successful that is was later copied by almost every other music publisher (Furia, America's Songs). As the demand more sheet music escalated, more and more publishers made their way to Tin Pan Alley in order to satisfy the public's demand. With a large concentration of publishers, came an even larger concentration of artists looking to sell their music or to work for publishing houses as "pluggers", who were musicians that made a living by demonstrating songs to the public in order to increase sales of sheet music (Furia). 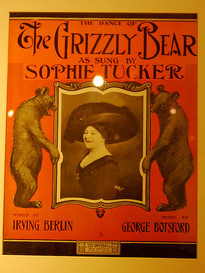 The Prime of Tin Pan Alley
During its prime, Tin Pan Alley was producing music for multiple genres. Broadway shows were always needing new music, and the emergence of vaudeville performances created even more demand. Publishing companies began to pop up all over Tin Pan Alley, and many successful musicians, such as Irving Berlin, started their own publishing companies as well (Meyer). The amount of music produced during this time was immense, and with the invention of the phonograph and records, came even more music (Songwriters Hall of Fame-Eras-Tin Pan Alley).

The Decline of Tin Pan Alley
The invention of the phonograph, which at first bolstered the industry would eventually lead to its downfall. "Tin Pan Alley continued to identify itself with the "literate" Broadway-Hollywood axis of populr music," (Shephard). With the emergence of rock n' roll in the mid 20th century, Tin Pan Alley fell behind in the technology and style of the day. Rock music had come to be associated with the record labels, and recording companies would replace the sheet music production industry was Tin Pan Alley.

Tin Pan Alley Today
Today there is not much that remains of Tin Pan Alley. The buildings still stand, but are now inhabited by people that are unrelated to the booming industry that used to occupy that are of 28th street. There is currently a battle going on to save some historic buildings in Tin Pan Alley from destruction (Not For Sale! New Yorkers Try to Save Historic Tin Pan Alley).